↓
Home→Reflections→A Reflection on My Whiteness 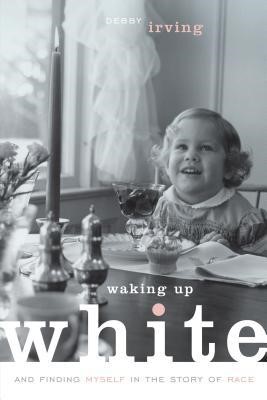 Reading and discussing the book Waking Up White by Debby Irving has helped me pause to reflect on my whiteness more than I normally would in the midst of a hectic schedule. After all, doesn’t being white give us the privilege of not needing to think about it?

I remember my first exposure to racism was from my mother and grandmother. They spoke in a disparaging tone of colored people and my six year old’s image was one of rainbow-hued people. No one matched that description on the street so I asked what they meant. I remember feeling shocked that they gestured to people with darker skin. Their skin colors were of many hues, but not those of rainbow!

In fourth grade I had an African American friend in school. We set up a play date at her house. I got dropped off there and picked up later, but that was the only time a play date “worked out.” My mother didn’t stop there. My Jewish middle-school principal came under her fire. My Japanese boyfriend… But most of all, it was ‘colored’ people. One question for which I have no answer is why I didn’t imbibe these white cultural norms. Why did these views shock and horrify me?

But I didn’t escape them entirely. I believe I absorbed the lesson of “Other.” Often meeting an African American person brings on a vague feeling of uncertainty. My natural proclivity for introversion deepens significantly. I strongly desire to watch and learn rather than to participate in a conversation. While this can hinder a full exchange, I also believe that quiet observation bears fruit in willingness to listen.

I’ve been spending more time in North County. One day I reached the door of a Bread Co. at the same time another woman was going out. I pulled open the door and held it for her to pass. She thanked me and said “you have a nice day” in a way that unmistakably told me she hadn’t experienced that small gesture of courtesy from a white person before. Spending more time with friends I’ve made in Ferguson has been another eye-opener. I’ve watched a white couple refuse to be seated for dim sum at a table with me and my black friend. I’ve seen a restaurant owner present the bill to my husband, even after our black friends had told him earlier that they wanted to pick up the tab…..

Pausing to reflect is a necessary first step in wrestling with whiteness. Recognition of my sense of “Other,” desire to listen and learn, and bearing witness to the pain of racial bias against people I love: perhaps these form the tripod, the sure foundation of a movement toward truer relationship.